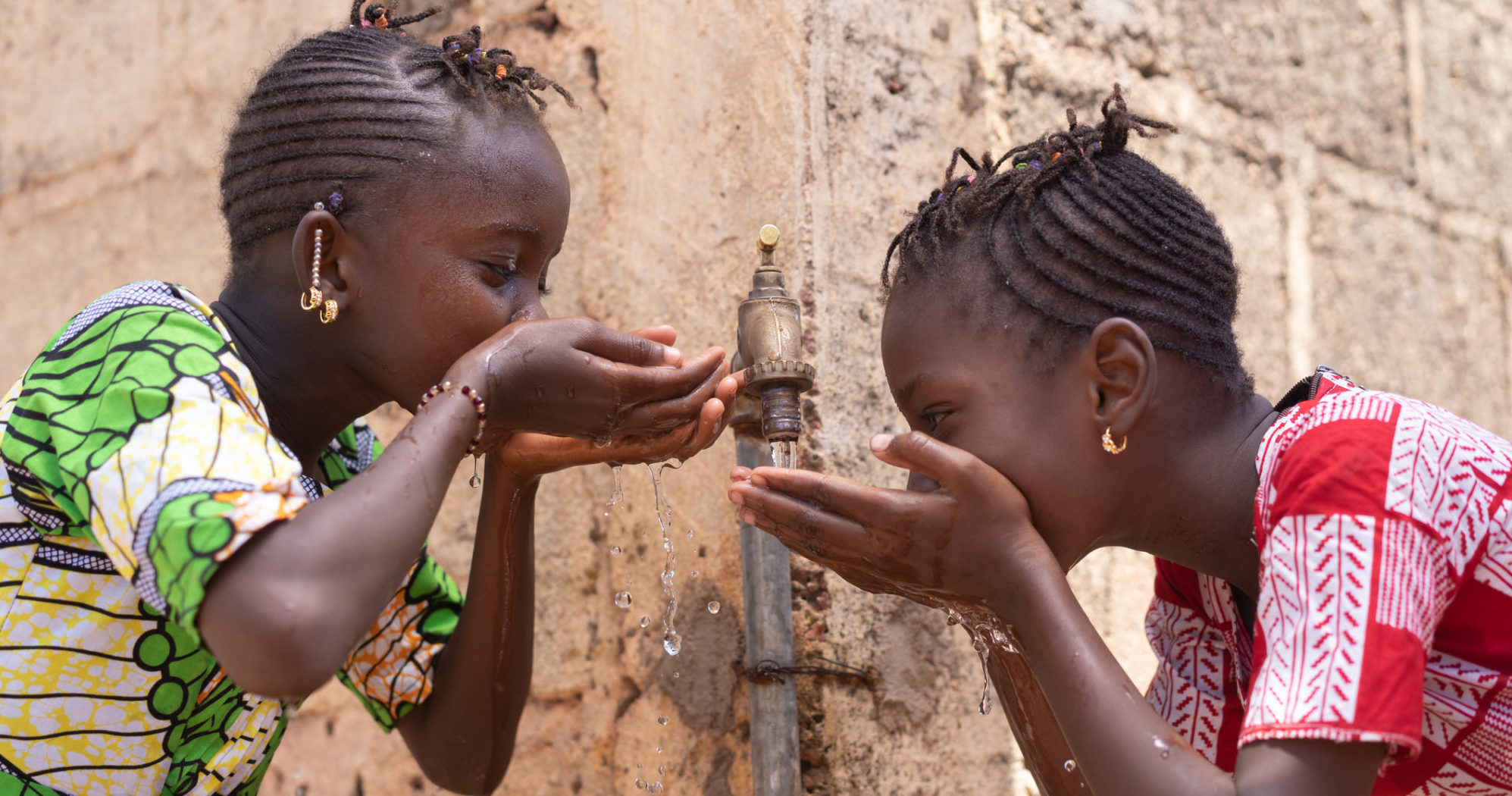 Climate change has a significant impact on our health and could be felt through the effects of extreme weather, air pollution, shortage of food supply and clean water, as well as outbreak and spread of infectious and non-infectious diseases. These and more are some common problems, the world experiences today

Climate change has a significant impact on our health, and could be felt through the effects of extreme weather, air pollution, shortage of food supply and clean water, as well as outbreak and spread of infectious and non-infectious diseases. These and more are some common problems, the world experiences today

If you have read so far, you probably have considered relocating to a different, and less degraded planet! However, I implore you, let’s take a step back for one minute and start from the beginning. What is climate change?

There are several definitions and opinions on what constitutes climate change. Put simply, climate change refers to the adverse and extreme weather (including extreme heat, floods, colder winters and unpredictable rain patterns) which our world experiences. It is attributed to increased emissions of heat-trapping greenhouse gases (GHG), destruction of forests, burning of fossil fuels, etc; all of which have damaged the ozone layer - the planet’s sunscreen, if you will. The effect of this is rising temperatures on earth, which in turn cause extreme weather conditions. During my tender years, my first encounter of the ozone layer was hearing that it was being destroyed by chlorofluorocarbons (CFCs) found in aerosols. Thankfully, production of CFCs ceased around 1995, although some old refrigeration and air conditioning equipment may still contain CFCs.

In November 2021, at the end of the United Nations Climate Change Conference (COP26), I joined Africa Health Holdings to head the company’s Environmental, Social and Governance mandate, at a time most companies were seeking solutions to reduce their carbon footprint. The question that keeps echoing in my head is “What does climate change mean for healthcare in Africa?”

As I read articles on climate change and comments on social media, it was clear that Africa is particularly vulnerable to the effects of climate change, given our scarce resources; yet, Africa seems to bear the effects of climate change inordinately (and likely to suffer from some of the worst effects of climate change). The top GHG emitters globally are not in Africa. Particularly, the 54 African countries, combined, account for between 2-3% of GHG emissions, globally. This is arguably the smallest share of global GHG emissions. However, when one analyses the effect of climate change on our continent, our “small” GHG contribution means nothing. Climate change has affected our rain patterns, which are more unpredictable and unreliable (an anathema to farmers, especially), and as such, causes floods, desertification and drought. Food and water security have also impacted Africans, contributing to crop failure, increasing food scarcity, creating further stress on access to clean water and worsening of health conditions.

I’d like to paint a picture for you. Imagine a catastrophic event like a mudslide caused by heavy rain. Envisage the resulting loss of life, loss of income and destruction of property. Think about the limited or lack of access to capital, and the effect this would have on recovery and continuity for businesses and farmers. Imagine the lack of labor for production, due to the ensuing humanitarian crisis. Then there is lack of income and the inability to afford necessities like food, water and healthcare. This situation is worsened by widespread poverty. This is the reality in Africa.  Just recently, in the port city of Durban, South Africa, a mudslide killed at least 448 people after a heavy rainstorm. According to SABC News, it is reported that the disaster wreaked havoc and destruction in many parts of KwaZulu-Natal province.

As the world committed to limiting global warming to 1.5°C at COP26, the effect of rising environmental warmth continues to cause an increase in infectious and non-infectious diseases. Cases of asthma and declining respiratory conditions, amongst others are typical examples of the effect of climate change, caused by air pollution. The flooding from excessive rain due to changes in rainfall patterns, as well as attendant environmental disruptions increases the risk of water borne infections such as gastrointestinal infections due to unclean water and burst sewers, and vector borne infections such as malaria and yellow fever. The erosion of the ozone layer increases the risk of certain cancers. Reduced ozone layer due to depletion means less protection from the sun’s UV rays reaching the earth’s surface, which exposure has been shown in studies to cause some types of skin cancer.

According to Dr. Austin Okogun (“Dr. Okogun”), the Chief Executive Officer of Lily Hospitals in Nigeria, “the resulting crisis [caused by climate change] often leads to increased need for medical emergency care, a shift in disease patterns, and a surge in the number of people requiring healthcare interventions.” There is increased health risk to vulnerable persons such as the very young, very old, pregnant, chronic disease patients and the low-income population, who are at increased risk of ill-heath due to low immunity and exposure to rare infections following change in weather conditions that favour these infections. These persons could need help during evacuation and escape during an ensuing crisis.

Climate change also increases the risk of displacements, which could increase the likelihood of spreading communicable diseases. In circumstances where heavy rainfall, wildfires, tsunami or other climate disaster results in destructions of homes and communities, a large number of Africans will need to be evacuated or under worse conditions, choose to take shelter in significantly large groups. This is a recipe for disaster, and according to Karen Hendrickson (“Ms. Hendrickson”), who is the Chief Executive Officer of Rabito Clinics in Ghana, such “overcrowding in urban areas, could lead to a significant increase in environmental diseases, such as cholera, malaria, diarrhoea and typhoid fever.”

Ms. Hendrickson further explains that the displacement caused by climate change could also have a negative psychological impact on Africans. According to Ms. Hendrickson, people who lose their homes and livelihood during disasters are forced to cope emotionally, financially, and socially. Many times, they are faced with significant pressure to manage a dire situation, without government support. Consequently, many of these affected persons might experience mental stress, severe depression and other mental health issues.

Healthcare organizations should understand the impact of climate change on the communities they serve, and make appropriate plans to protect their communities, avert humanitarian crisis that may arise, and develop continuity plans to support their operations during a crisis.

Most impact on climate change is predictable, and it is important to create a business continuity and protection, based on worst case scenario. This means building resilient hospital structures to withstand the environmental impact of climate change per region, and emergency response systems, which are designed to deal with the specific health challenges.

To manage sick persons remotely and prevent overcrowding of hospitals, the use of telemedicine technology can provide patients with access to care during the ensuing crisis. According to GSMA––an organisation that represents the interests of mobile operators worldwide––at the end of 2020, 46% of Sub-Saharan Africa’s population was subscribed to mobile services. This number is projected to grow to 50% in 2025. The increase in access to mobile services provides healthcare organisations with the much-needed platform to provide telemedicine to more people, especially in a crisis which disrupts health services. Healthcare providers can consult with patients via video or voice calls. Telehealth portals can be used to quickly train personnel, in the event of a crisis and make crucial medical information and records available at the click of a button.

Understanding and preparing for the likely shift in population health patterns (which calls for partnership with Ministries of Health, NGOs and other organisations) due to increase in certain infections, and the impacts on vulnerable groups will inform the stocking of appropriate medications during a crisis. Having a robust supply chain that can function during a crisis will ensure access to these critical items and continuity of service provision.

In addition to creating a robust supply chain system, healthcare organizations can contribute to research, training, and technical support projects, in order to track the impact of climate change on a person’s longevity, mental health, and physiological wellbeing.

As part of CSR or outreach, healthcare organizations can educate the public on the impending climate change, how to reduce climate change and how to deal with the negative effects of climate change through sponsorship programs and meaningful public educational activities.

In short, the degree and form of risks in the coming years is dependent on the preparedness of health systems to adopt flexible measures to improve, confront, and recover from the changing burdens of climate-sensitive health consequences. To deal with these issues, strengthening the social, economic, and technical resilience of the poorest and most vulnerable against extreme climate events is vital.

Solutions to climate change in Africa

Notwithstanding the fact that Africa is a low contributor to GHG emissions and climate change, and despite having limited resources, Africa must prioritize climate action and contribute towards reducing the adverse effects of global warming. Here are a few things African countries can do.

·       Work towards reducing the use of fossil fuels, including coal, oil and gas. While these are drivers of Africa’s economies, the change is inevitable and working towards transitioning to cleaner energy is a win in the long run.

·       Invest in renewable energy like wind, solar, geothermal, and hydro. While the environmental impact of wind farms and hydro plants has been debated, we have learned how to use them better, safer, and more efficiently.

·       Support communities to withstand or cope with the effects of climate change (also referred to as adaptation) through education and sensitization, for instance on disaster preparedness, water catchment, innovative farming methods (more plant-based farming and less meat and dairy farming should be considered).

·       Reforestation and conservation. Many homesteads still use firewood and charcoal as fuel for cooking and heating. Many farmers are cutting down trees to increase the land for cultivation. Provide farmers with alternatives and encourage them to grow more trees as a source of income; as well as provide alternatives to firewood and charcoal as an energy source, like liquid petroleum gas (LPG), biomass (e.g., pellets from compacted sawdust, palm kernel shells, briquettes from coffee pulp) and biogas.

·       Reduce, reuse, recycle. This goes for a lot of the consumables we use, daily. Being responsible consumers. Reducing waste, especially plastic. Recycling and contributing to the circular economy.